Publishers often conflate ‘popularity’ with ‘suitability’. Not all the optimization techniques will fit your web properties, especially if we are talking about ‘ad’ optimization practices. Lazy loading is one such example. Before implementing it, you need to define your goal and test it. We’ve talked about the basics, how to run lazy loading based on your goal here.

In here, we’ll focus on the impact of lazy loading.

One thing that surprises many publishers is the nuances involved in lazy loading. At first glance, lazy loading looks simple, but when you implement it, the impact can vary based on the geographies and devices and the degree to which it varies — also depends.

Publishers lazy load ads to increase ad viewability and it does. There’s no doubt in it. What we are trying to study here is the degree to which it improves and does it make sense to just implement lazy loading for all your users (the answer is no!).

If you are a publisher who’s lazy loading ads to improve user experience, then go ahead and do it. We’re focusing on a different use case here — i.e., implementing lazy loading to increase eCPM/revenue.

Methodology: We recently studied more than tens of millions of ad impressions across our publishers for a period of three month — to understand how lazy loading can impact viewability and eCPM. The impressions are from multiple properties and aggregated together for the study.

Impact based on Geographies

Target geographies are the ones you are writing the content for and get the majority of the users from. For example, if you are a U.S news publisher, then U.S is your target geo. Non-target geographies refers to the countries that you aren’t targeting or writing for. But you will still have users from them.

Let’s get to the numbers.

Interestingly, ad viewability increased by 12.84% but the eCPM by just 5.17%. This is in contrast with the target geo. To put this into perspective, for 1% increase in viewability, eCPM jumped by 3.1% in target geo and 0.4% in non-target geo.

Impact based on Devices

As you could see, the impact on eCPM is substantial on mobile devices. For a 1% increase in ad viewability, we are seeing 3.75% jump in eCPM. The story on the desktop is the opposite. Even with a considerable increase in viewability eCPM didn’t increase as expected.

In fact, it decreased slightly (probably because of the unexpected increase in traffic on Desktop — resulting in more impressions and lesser eCPM). But the question still remains.

Now that we’ve seen the impact of lazy loading isn’t linear across the board, it’s time to understand why. Why the target geo tend to experience better uplift in eCPM than the non-target geo? Why the impact varies on mobile and desktop?

Madhavan Rathinam, our VP of ad operations and customer success, explains the reasons in an AdExchanger column here.

Implement lazy loading strategically. Find where it can have a greater impact and lazy load ads. Rather than implementing it across the site for all the users, you can run it on your target geographies (where increase in viewability can greatly impact eCPM) and on mobile devices. That being said, it depends on your site. If your desktop viewability isn’t great, then lazy loading ads can have a great impact on desktop as well.

Are we ignoring the advertisers here?

Why? Even if you do it and increase it by 5%+, advertisers aren’t gonna see a lot of value from it. From our experience, CTR remains more or less the same once the viewability is over 80%. If you think about it from users’ perspective, it makes more sense. So, have you been implementing lazy loading? What’s your takeaway? Let us know in the comments. 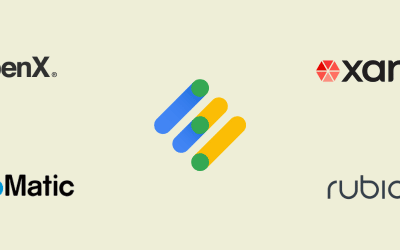