Header Bidding eCPM – Across the Verticals

The reason is obvious. Increased control, transparency, and most importantly, substantial uplift in ad revenue. Today, the question isn’t about whether to implement header bidding or not. It’s more about the performance.

As you might have known, not all publishers experience the same level of uplift in eCPM and revenue after running header auctions. Even publishers in the same niche, attracting the same subset of users with similar interests end up getting different results. Clearly, the way you set up header bidding and deliver ads matter a lot.

So the important question for publishers who have header bidding on their sites is — how do I know whether my performance is up to the level? How can I know that the eCPM I receive is on par with the industry average?

Without knowing this, you can’t possibly know there’s room for improvement in the first place.

While header bidding introduces multiple demand partners to bid for the ad impressions in near-simultaneous auctions, publishers still have to deal with latency, setup, and other Supply Chain issues. The uplift in eCPM and revenue is what convinces most, if not all, to implement header bidding on their websites.

However, publishers, especially those with limited knowledge of header bidding expect to see an estimated eCPM value before the implementation. As there’s an upfront investment (time and talent) when you want to get started with header bidding, it’s typical to want to see at least an estimate before going ahead.

Sidenote: If you use a managed solution provider, you don’t have to invest a lot of time or hire in-house talent to handle the implementation and optimization work.

Though the adoption of header bidding is increasing every year, the industry doesn’t have any report on the eCPM. Imagine if we have the data that shows the performance of header bidding (eCPM) across different verticals like news, tech, entertainment, etc. It would solve both the scenarios we discussed above.

Automatad’s header bidding wrapper is being used by hundreds of independent publishers and media groups. So, we decided to take the step. We were able to segment publishers based on the vertical and capture the average eCPM as well.

With this study, we are providing the industry’s first report on header bidding eCPM and its variation across niches and geographies. Any publisher can refer the data to get an estimated eCPM value before implementation.

While it’s a hard question to answer, we have to start somewhere. So, we analyzed more than a billion ad impressions spanning hundreds of publishers from different niches — over a period of 90 days to come up with the average header bidding eCPM range. We’ll talk more about the methodology and limitations below.

Sidenote: why eCPM range? We decided to put the eCPM in a range ($X to $Y) as it will be better for publishers to compare it with their eCPMs. Having a specific eCPM value wouldn’t be useful as it’s impossible to expect your eCPM to exactly match with the value. But providing a range means, you can quickly compare and see whether your eCPM values fall within the range.

How to Use the data?

From the study, you can derive a couple of interesting inferences including:

We analyzed more than a billion ad impressions (1.5 billion, to be exact) from our network — over a period of 90 days (Q4 2020) to see the avg. eCPM range ($) of various niches. We looked at eCPM values at both the ends (lower and higher) to come up with range.

Let’s take an example niche. Say news. We tracked and analyzed the eCPM of the hundreds of millions of ad impressions from the sites in news niche — where they tend to start and how far up they go over the 90 day window.

Geographies can significantly impact both the eCPM and revenue. So, we have further segmented the data based on the countries to help you derive an estimate. For instance, if you run a lifestyle site with the majority of traffic from the U.S, you should see the U.S. eCPM range of the lifestyle niche.

News sites typically earn less than the other specific niches, say tech. But after running header auctions, we’ve seen decent uplift in eCPM across both geos. In the US, your eCPM can go up to $1.25 and in India, it hovers around $0.30 in most cases.

Onboarding the right demand partner made an impressive impact than any other strategies. When it comes to news, it’s important to ensure you have the active demand partner with solid buyers from your prime traffic geo. 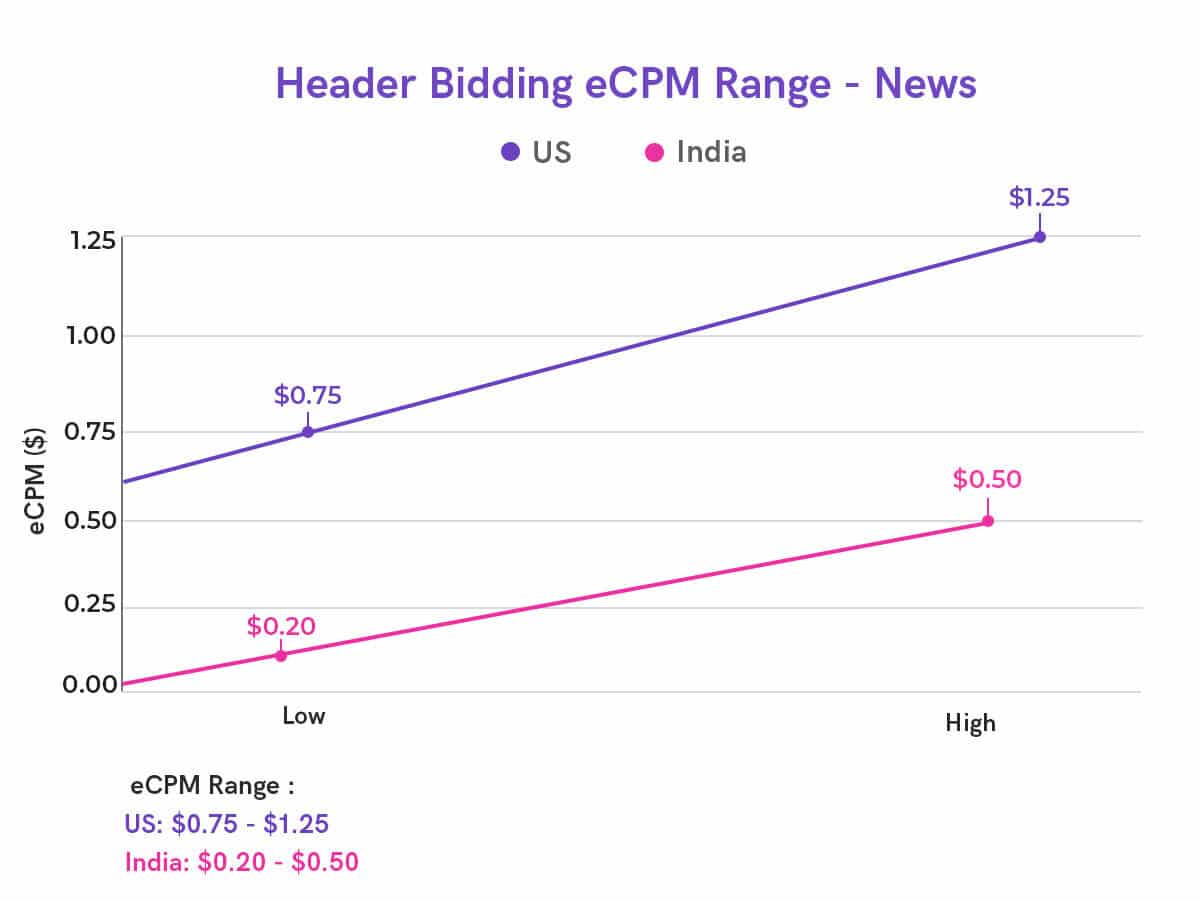 For lifestyle publishers, ad viewability can get lower if not tracked and optimized periodically. If your eCPM isn’t up to the expectations, it’s probably because of lower viewability. 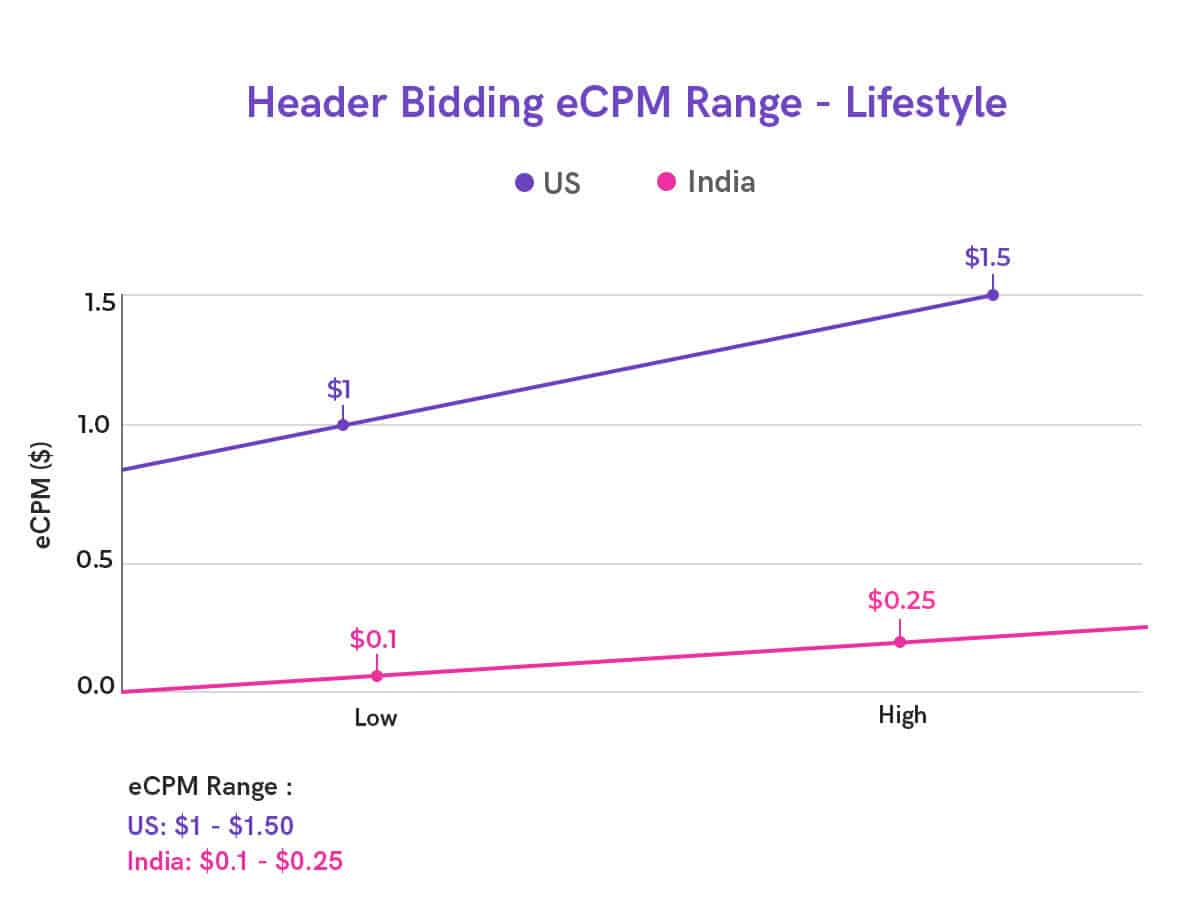 Education sites seem to attract fairly higher bid prices than generic sites. In the US, the eCPM of an education-focused publisher ranges from $1 to $1.25. If you operate a site that’s about ‘Education’, then you can expect it to fall somewhere between these two values.

For India, eCPM ranges from $0.25 to $0.60. From our experience, the user experience can have a greater impact on eCPM and the overall revenue — as you have the opportunity to convert the one-off readers into a regular visitor (or perhaps, subscriber). 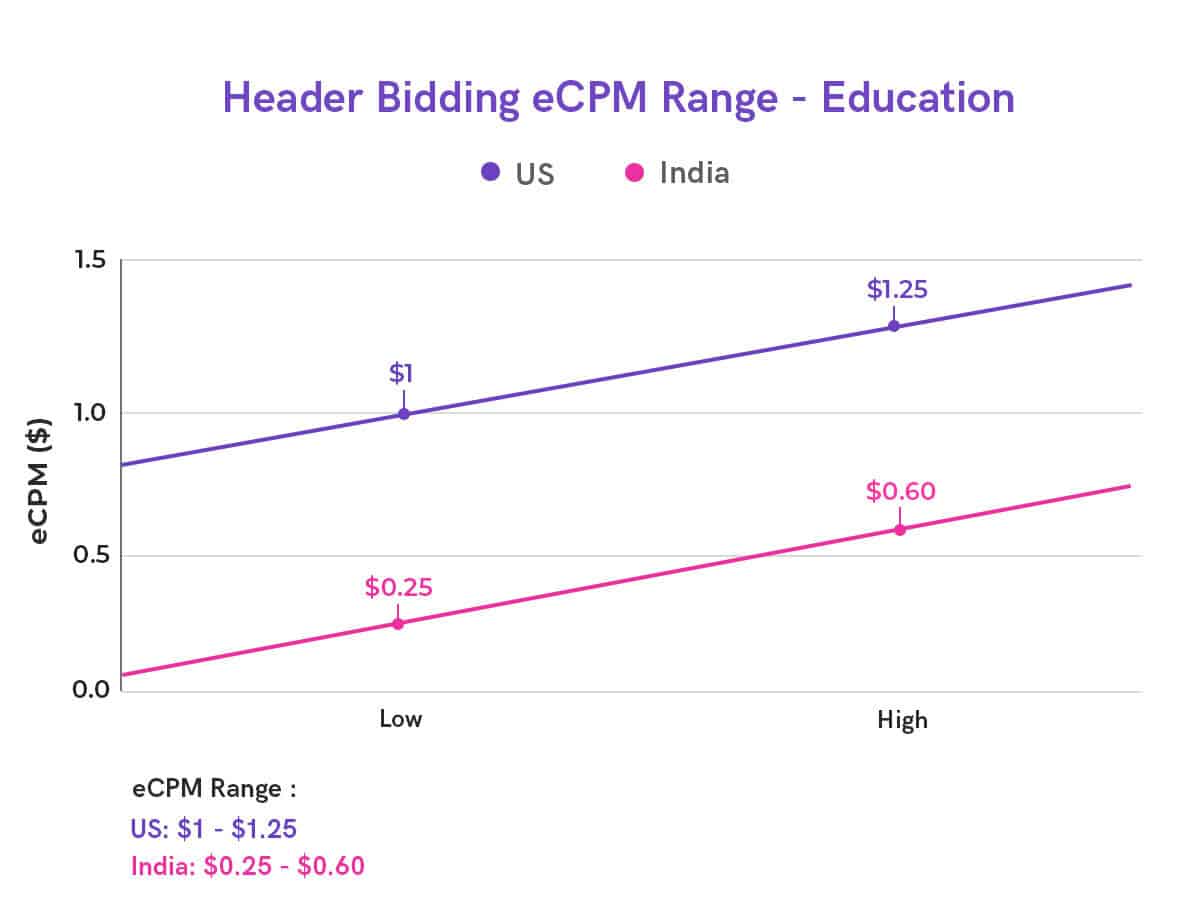 Sites that are movies and entertainment-based tend to perform a bit better than lifestyle sites. We believe that the repeated visits from the same users made the difference here. That being said, viewability is the factor that should be considered for sites in this niche as well. 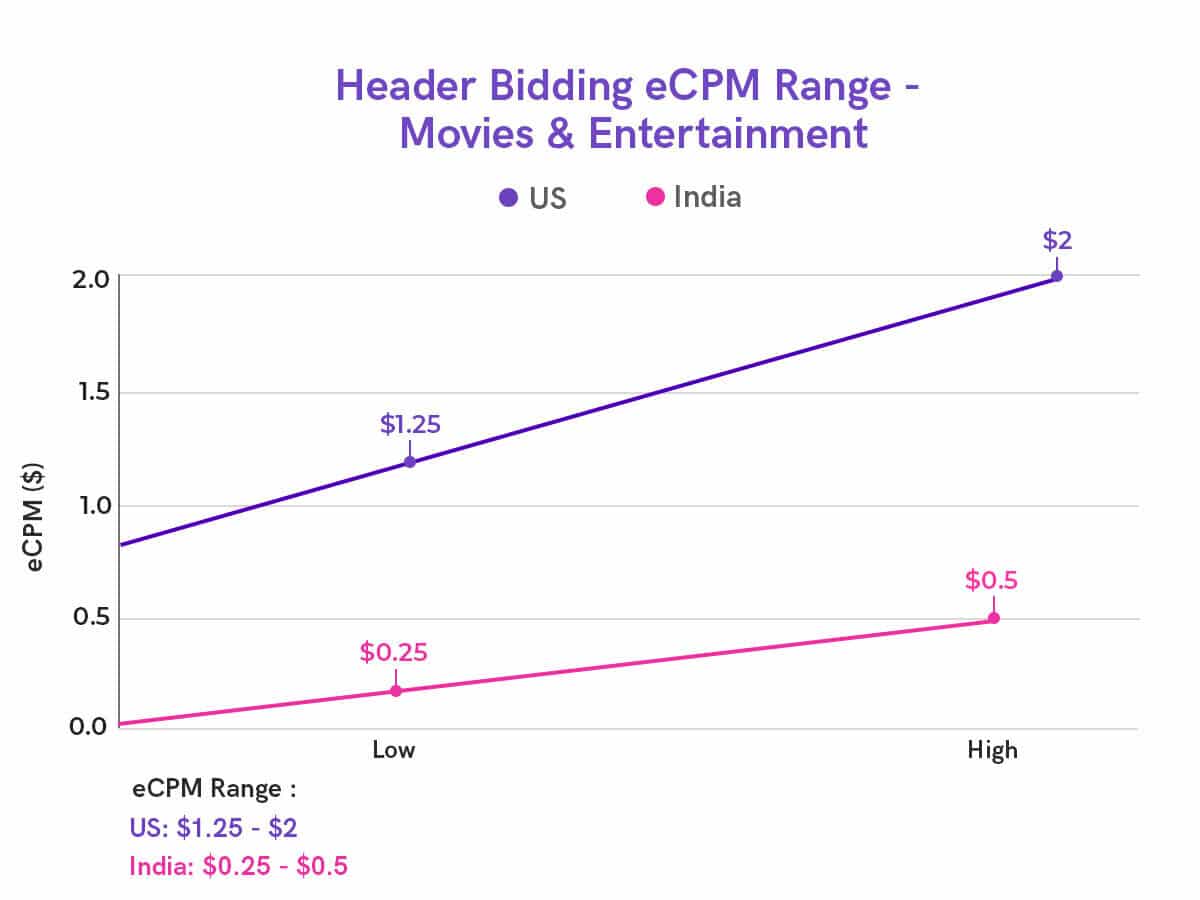 Without any surprise, publishers covering Sports in the US tend to see higher eCPM, thanks to their reach and higher demand among media buyers. Indian sports sites see better bid prices as well.

By turning the focus towards readers, you have the opportunity to push the eCPM further and improve your brand affinity. 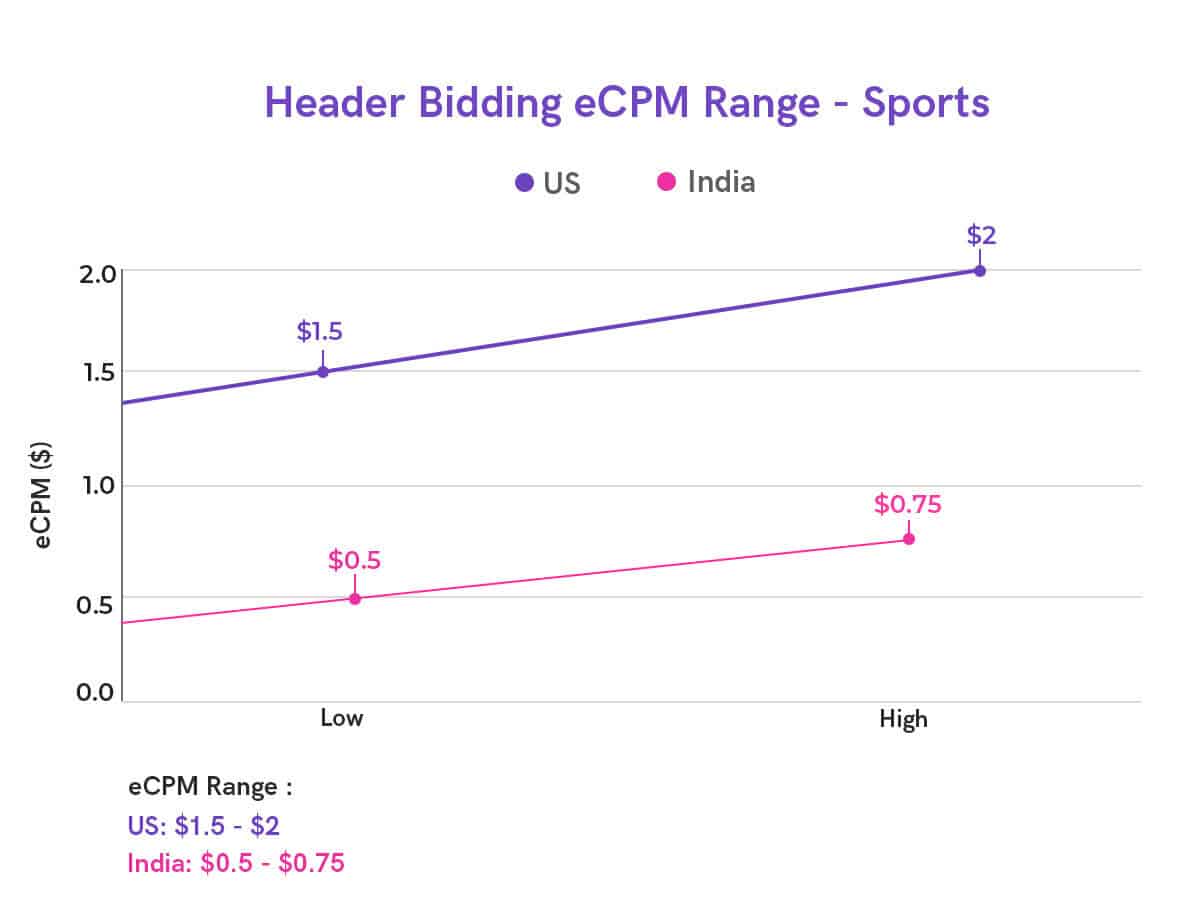 As you would expect, sites covering technology-related updates performed better. With header bidding, tech sites in the US can get an average eCPM of $1.5 to $2 and in India, it can go up to $0.75. 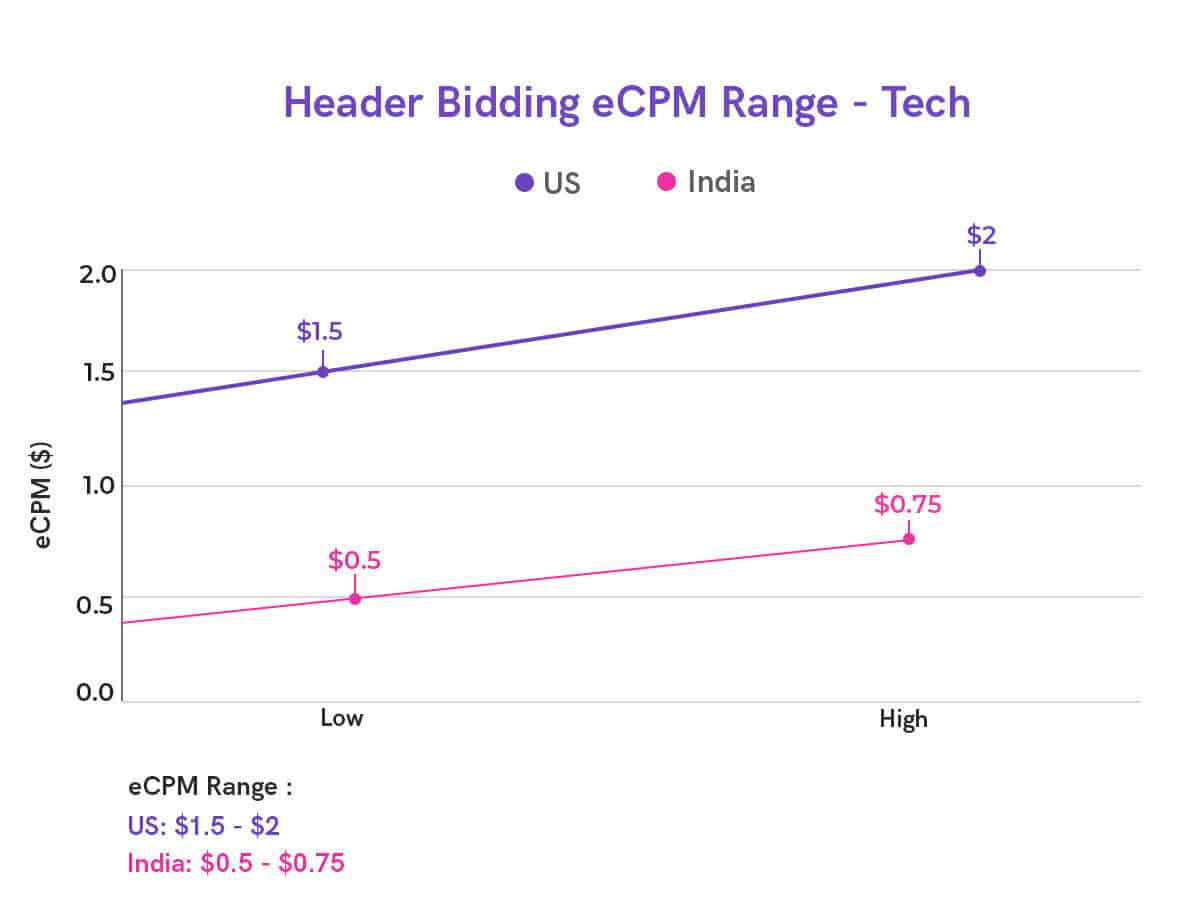 Interestingly, utility publishers earn better eCPM regardless of the audience geo. As you could see, the eCPM gap b/w the two geographies is the lowest for the publishers in the niche.

Being a specific utility to a specific set of users means, it’s easy to retain the users, get repeated visitors, and improve match rates and eCPM. 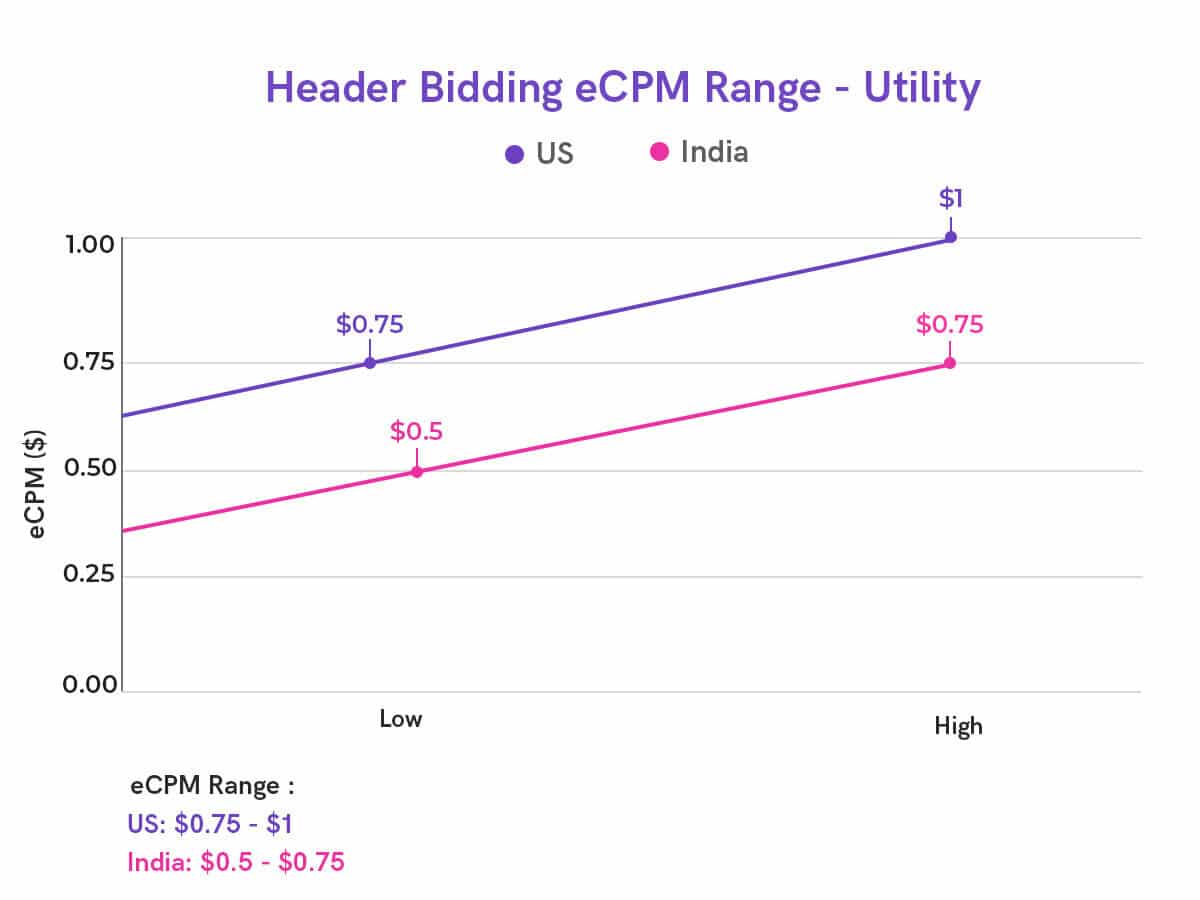 – eCPM data is entirely based on the sample of 1.5 Bn+ ad impressions we analyzed.

– Number of ad impressions in a niche varies from one another. For instance, News sites will have more ad impressions than the ‘tech’ sites. But we ensured we aren’t including niches/geographies with insufficient sample data.

– We only considered the sites with at least more than a million unique page views to perform the analysis (mostly mid-sized publishers). So, long-tail publishers may see a different header bidding eCPM value.

– Consider seasonality and spending variations in mind while comparing. Last year, we’ve seen ad spending increase rapidly near the end as there was pent up demand from the first-half of the year.

So, what do you think? Are you earning up to your potential or is there any room for improvement? Let us know in the comments. 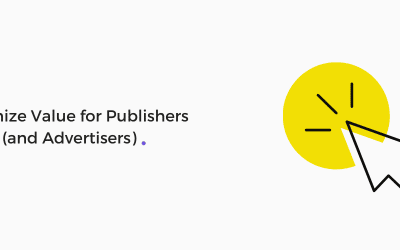 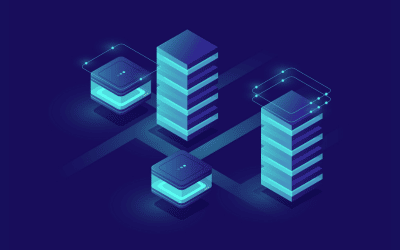 A Look Into Automatad’s AMP Server-side Infrastructure for Publishers 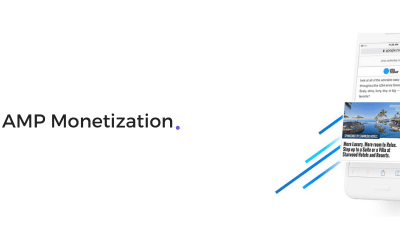 How to Increase Your AMP Revenue?